The Nusantara Story (Part 2) – In Memory of Prem Abraham

By Raymond SiewSeptember 14, 2021March 15th, 2022The Nusantara Story
No Comments

Very early on the Nusantara team decided that we would develop an independent site and we would avoid existing platforms so we could learn at our own pace. The second decision we made was to use DHL as our logistics partner.

Shortly after that, the team member in charge of developing the supply chain moved to London. So that task landed on me. This was actually a blessing in disguise (will become clearer later) because I now began interacting with our Artisans, got to meet an International Fashion Icon as well as meet the Government Officials in charge of developing our local Artisanal Industry.

The first task I set myself was to assess if I had the financial wherewithal to get to the proof of concept requested by the potential investors. And here I hit my 1st roadblock. After several meetings, the first financial person still couldn’t understand what I wanted, so I moved on to another. Same thing, ‘chicken and duck’ talking. I had just put down the phone after telling him that there was no point meeting again if we cannot bridge our communication divide. I was also muttering under my breath that I wished I was still in touch with my old friend, Prem — we’ve worked together before but lost touch after my exit from the corporate world. No sooner had I hung up my call, I received a ‘friend request’ but I didn’t recognize the name (it was Prem’s wife, whom I only knew by her nickname). Before deciding on the request I took a look at her profile, and I saw Prem’s face on it! So I accepted and Prem called me shortly after, and we arranged to meet.

At our first meeting, it took Prem 20 minutes to understand what I needed — a financial model that could help me navigate the complexities of the start up without throwing anyone under the bus and still arrive at the proof of concept for the investors. And we started work immediately.

A brief history of Prem: Prem was the CFO of a private equity firm in the health industry, with 30 Hospitals in Asia. And he was with them right from inception. He was due for retirement… and the plan was for him to join me when Nusantara took off.

But when the numbers started rolling in, I had feelings of discomfort. The numbers and the state of development of our artisanal industry didn’t jive. The numbers were impressive but I couldn’t see the supply chain keeping up. To add to that discomfort, I got to see the numbers of an NGO that also purported to develop our artisanal industry. And from there I could see that under the current business models we were considering… the artisans will get the very short end of the stick.

And that wasn’t what I set out to do. I would not come out of semi-retirement to create another toxic business model that stole hopes and dreams. So I needed to find a model where the artisans’ contributions were valued and appreciated… and where, at the very very least, they could achieve living wages if not more. Much more.

Prem’s insights into financial models from his own personal experience also informed me how original Visions of Business Founders could easily be hijacked if the financial and business models are not connected. So I bracketed it — this was going to be the issue to raise with the investors when the time came. And then I hit my 2nd roadblock.

Read “The Nusantara Story” Series:
Part 1 – Journey into Serendipity and Synchronicity
Part 2 – In Memory of Prem Abraham
Part 3 – When the Whole is Less than the Sum of Its Parts

In Memory of Prem Abraham

I Miss Your Counsel… 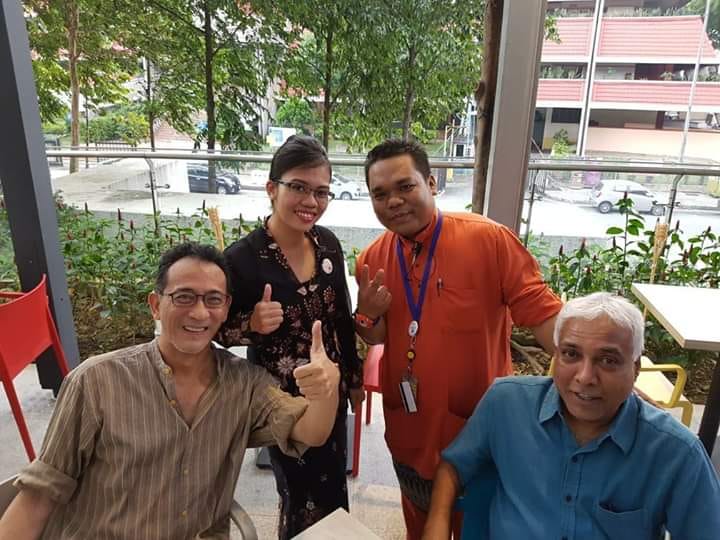